This archaeology project aims to preserve an early Anglo-Saxon cemetery that was discovered in 2019.

Three metal-detectorists came across a series of brooches, girdle hangers and spearheads and at least one cremation dating back to around the 5th - 6th centuries.

They called the Historic Places Team who were able to establish that the discovery a previously unknown early Anglo-Saxon cemetery.

Undisturbed for 1600 years, deep ploughing had unearthed a series of highly ornate brooches and spearheads indicating high-status burials of both men and women.

The early Anglo-Saxon artefacts are now being kindly conserved by undergraduate and postgraduate students at the Conservation Department, University of Lincoln.

A metal-detecting survey found that most of the metalwork is largely confined to an area of approximately a hectare.

The cemetery site is located about a mile away from the modern village of Cammeringham, strategically positioned along a ridge, overlooking the Trent Valley and an old Roman road.

While there is evidence of a Roman kiln at Cammeringham, the discovery of early Saxon material has pushed back the earliest known settlement to the 5th - 6th centuries.

Despite all the archaeological work that has taken place in the past century very little is known about early Anglo-Saxon Lincolnshire.

Our understanding of the post-Roman world in Lincolnshire is limited to scatterings of small finds reported by detectorists, antiquarian excavations and two published cemeteries.

The rarity of well-excavated early Anglo-Saxon cemeteries and the discovery of a mixed-rite cemetery (with both cremation and inhumations) marks this as a site of national significance.

In the post-Roman world, the communities living in Lincoln are an enigma, remaining firmly 'Roman' rather than adopting distinctive 'Anglo-Saxon' material culture.

In the late Roman era, the dead were not burned and were rarely buried with goods. In contrast, early Anglo-Saxon included cremation and interred their kin with lavish goods.

The discovery of a cremation site close to Lincoln is highly unusual and clearly distinguishes two diverse cultures living in close proximity, an important reason for preserving this site.

The proximity of the Cammeringham site to Lincoln challenges previous thinking with the potential to transform understandings of Lincolnshire's post-Roman development. 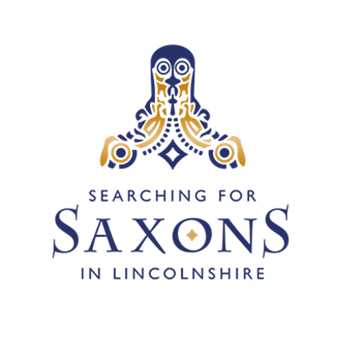