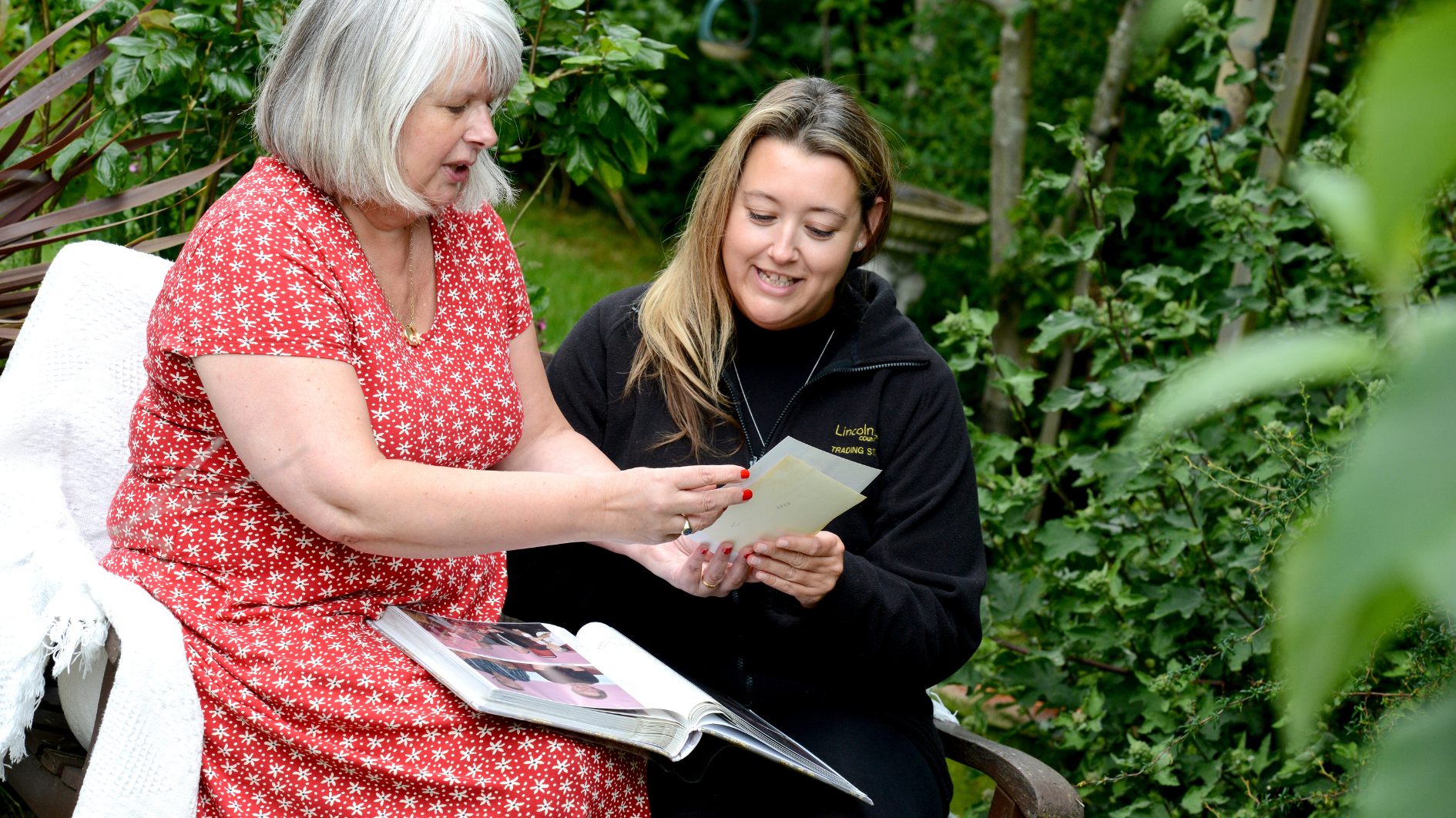 In April 2012, Julie Grant’s mother, June Buffham, sadly lost her life in a house fire linked to illegal cigarettes. A decade on, Julie continues to highlight the increased risks of illicit tobacco.

Julie, who lives in Swineshead, said: “I’ll never forget hearing those words, ‘there has been a fire at home and your mum is dead’; they will haunt me for the rest of my life.

“I want to do everything I can to help stop another family going through what mine went through. It may be ten years since my mum passed, but the pain is still as raw as if it had happened yesterday.”

The fire at June’s home in Spalding was linked to an illegal cigarette being dropped in her chair. These cigarettes, as with other illegal ones found locally, don’t have ‘speed bumps’ in the paper that cause them to self-extinguish if they’re not being smoked.

Julie added: “I knew that my mum smoked, but I had never really thought about the types of cigarettes she was smoking, just that they were a cheaper brand. And I was totally unaware of the increased risk she was putting herself at by smoking illegal cigarettes.

“If you have family or friends that smoke, do you know about their smoking habits? What kind of cigarettes do they smoke? Do they smoke in the house? Everyone thinks it won’t happen to them and their family until it does.

“The people that sell these products are only thinking about their own financial gain, and not the real human consequences of their actions. They’re ruining lives and they need to be stopped.”

To mark the ten-year anniversary of June’s death, Lincolnshire Trading Standards and Lincolnshire Fire and Rescue launched ‘Operation June’ dedicated to raising awareness and cracking down on these dangerous illegal cigarettes.

“Unfortunately, it is an ongoing battle as criminals find new, elaborate ways of trying to hide these things from us. However, working on gathered intelligence and tip-offs from the public, we can find the shops that sell these products, uncover their hiding places, and bring sellers to justice.

“It’s not just the fire hazard these products pose, and the obvious health dangers, we find that the sale of illegal cigarettes attracts other anti-social behaviour and criminal activity to an area.

“Help us stub it out - you can let us know anonymously by calling Crimestoppers on 0800 555 111 or report online at crimestoppers-uk.org.

Find fire safety advice on smoking and vaping at www.lincolnshire.gov.uk/home-fire-safety.