A17 Cross Keys Swing Bridge: the end is in sight 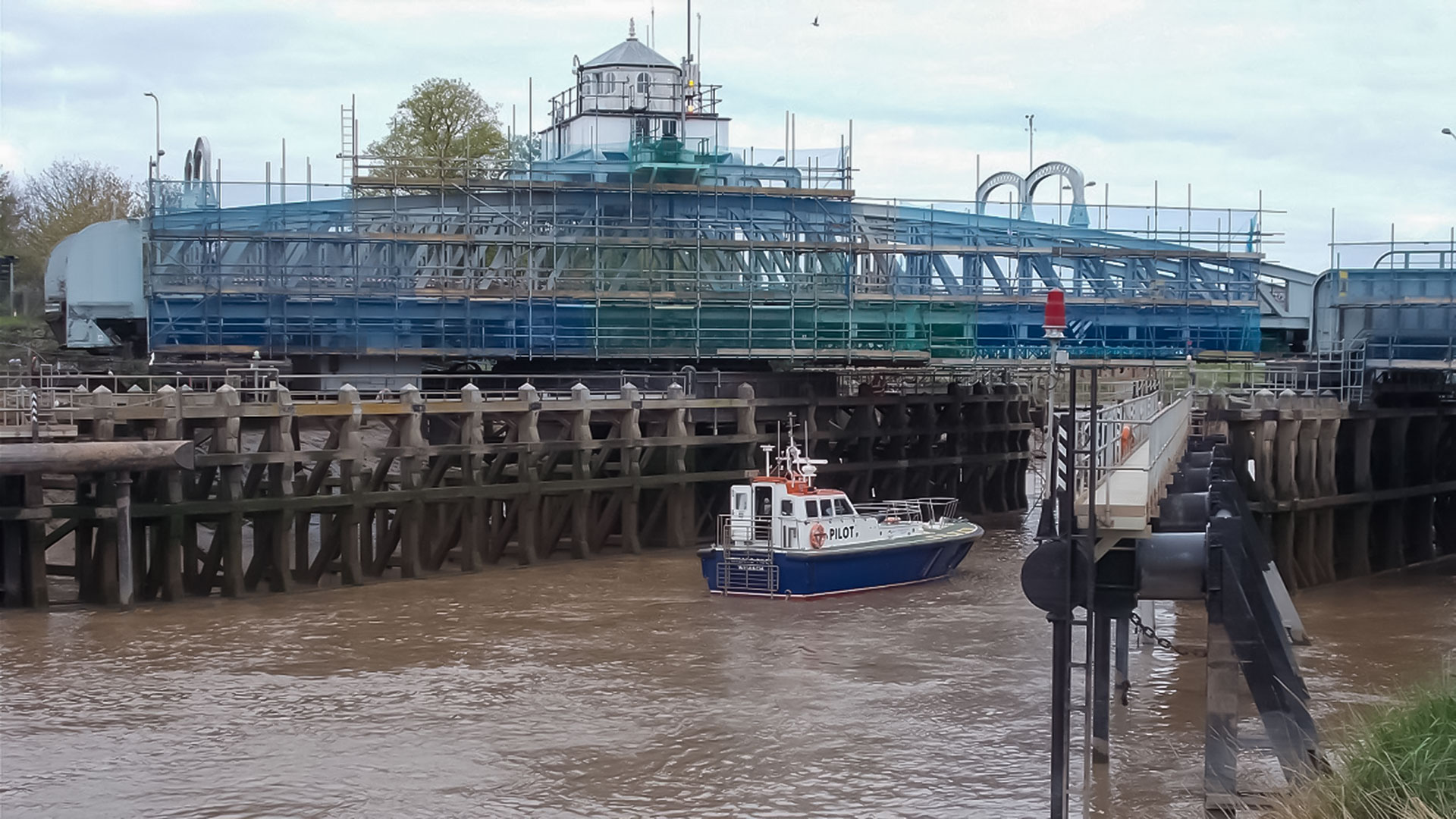 Programme of extensive essential works coming to an end – a week to go and then it’s done.

After nearly five months of hard work on one of the county’s most famous landmarks, the critical refurbishment of the Cross Keys Swing Bridge at Sutton on the A17 is coming to an end.

The final part of the programme of works will end as scheduled with crews finishing on site overnight on July 1.

For the final stretch of the on-site works the crews will be working on the road itself, carrying out essential remedial works on the surface.

As this is coming to an end, we will then remove the traffic management currently in place with this last part of the job taking place on July 1.

Because of the amount of time the surfacing works will take, removal of temporary traffic lights will happen through the night with the road due to be open to all traffic on Saturday July 2.

Since the end of February, the works have been ongoing to repaint and repair the swing bridge.

It’s been nearly two decades since the bridge was last painted and during that time a combination of tidal salt water and high volumes of traffic had seen the existing paint deteriorate.

Because of that this painting and refurb programme was put in place to continue protection of the structure’s steelwork.

Throughout the works, the bridge itself had to remain operational for shipping movements with the river Nene continuing to operate as a major route for waterborne transport.

During the life of the scheme, there were some unavoidable overnight road closures when particularly difficult areas of the bridge were being painted – such as the ends of the bridge itself - and on public holidays all traffic management around the works were removed to reduce the amount of disruption for road users at key times.

“These essential works have been carried out to the highest level with an extremely skilled crew who were tasked with ensuring the future of this very important part of our roads network.

“What we have carried out is a series of complex programmes of work that were crucial for the continued life and usefulness of the bridge.

“We have been working extremely hard across the project to ensure that the bridge and the roads around it are able to continue delivery of complex traffic needs.

"We have also liaised with other authorities to ensure that the work we carried out was not impacted further by works in their areas.

“This has been a huge project and we appreciate that disruption was faced by road users at peak times.

"We did everything possible for this to be minimalized, but there was still inevitable impact on those wishing to cross the bridge instead of using the diversionary route in place.

“We have managed to get the project completed on schedule and ahead of the summer holidays so the area around the Cross Keys Swing Bridge will be able to go about its business as normal in plenty of time to make the most of a very popular time of year along the A17.

“I would like to thank the local residents, businesses and road users for their continued patience throughout the past few months whilst this vital work has been carried out.”

For all updates on roadworks in Lincolnshire visit: www.roadworks.org.