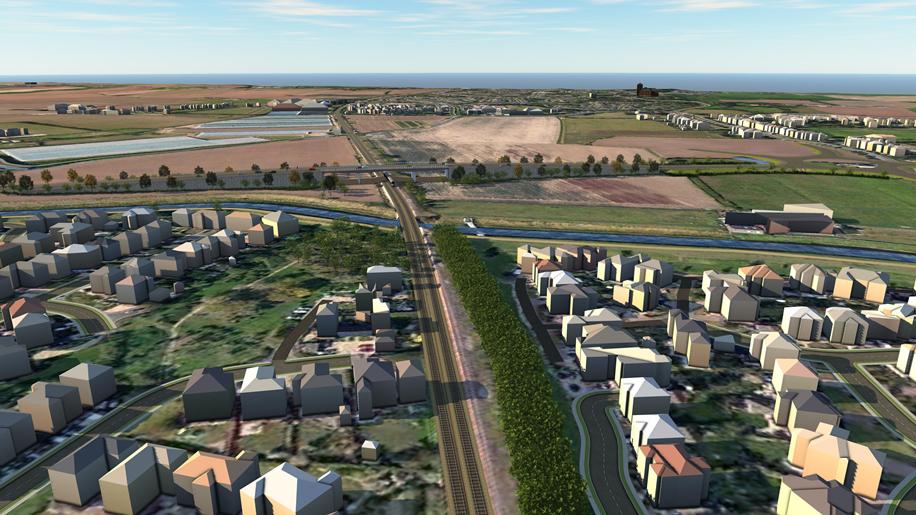 The county council's Executive decided to progress with Route Option 4, also known as the Trojan Wood route, for the Spalding relief road.

The decision comes following an extensive options analysis process and a recommendation by the council's Highways and Transport Scrutiny Committee to progress with the western Trojan Wood route.

Cllr Richard Davies, executive member for highways, said: "After meeting with local residents and reviewing the route options study in detail, we've decided to move forward with the Trojan Wood route to the west of town.

"Hopefully this comes as a relief for those who've raised concerns over previous routes.

"I want to thank everyone for their patience over recent months. I know this has been a long process, but it's our job as councillors to review and scrutinise all of the options and do what's best for the wider population of Spalding."

The route being taken forward will cross Bourne Road where the Trojan Wood factory is currently located.

Changes to Bourne Road where it meets the new relief road will also affect the frontages of one business and three residential properties. However, the extent of any impact won't be fully known until detailed design is complete in the coming years.

Cllr Davies continued: "We've already been in touch with the owners of Trojan Wood to start initial discussions.

"We've also written to the other properties that could be affected by the route, and will be arranging meetings with them in the very near future to discuss any potential impact we expect the road will have on them.

"Now that we've identified a route for the road's middle section, our focus will now be on breaking ground on the northern section this spring.

"We'll also be working on completing detailed design for the southern section, with a view to starting work there in 2022.

"When built, the new relief road will not only help support local growth in and around Spalding, but it will also improve journey times and reduce delays and congestion in the town centre in the coming years"

The Spalding Western Relief Road will provide a new route around the west side of the town, linking Spalding Common in the south to Spalding Road/Pinchbeck Road in the north.