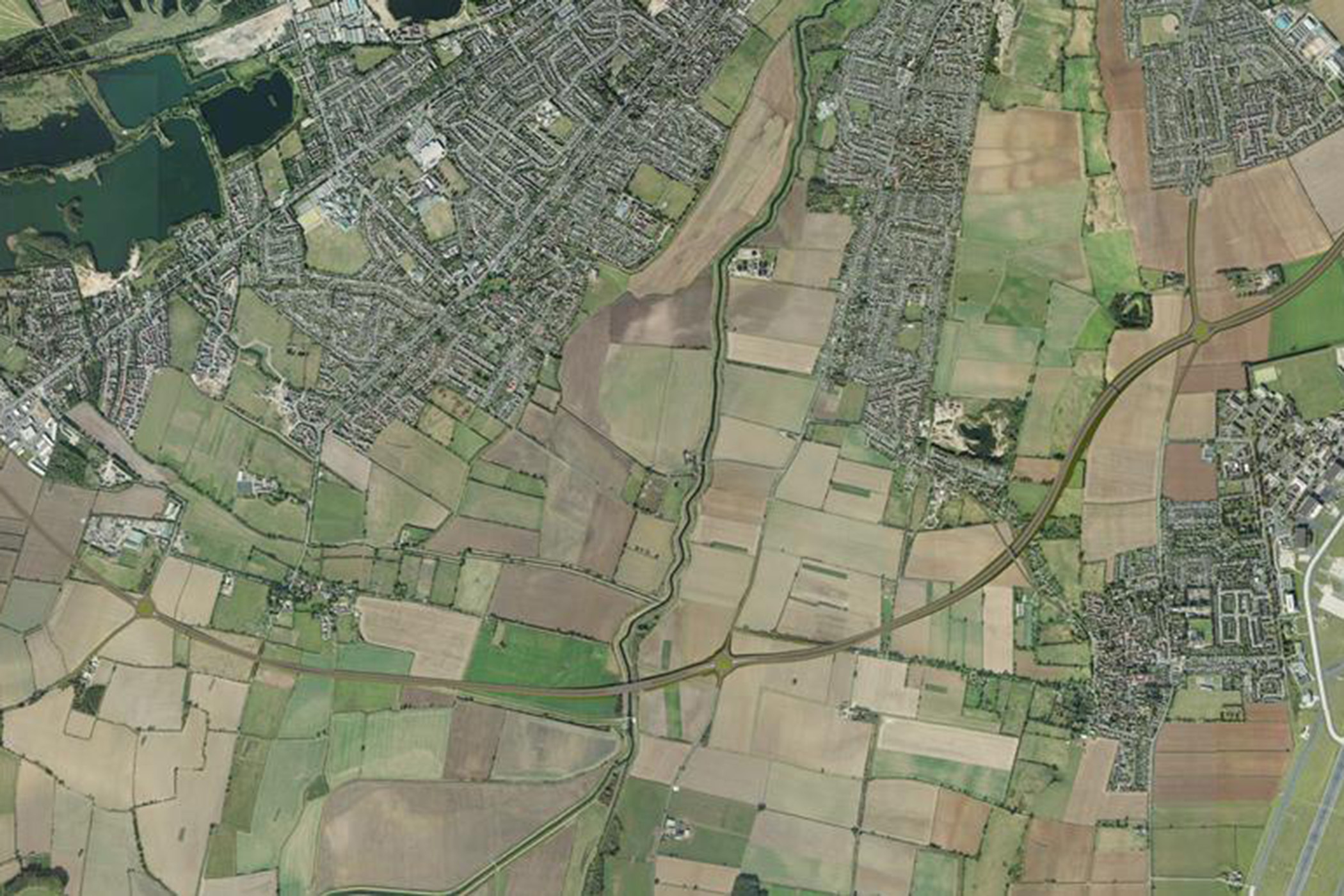 Lincolnshire County Council’s North Hykeham Relief Road plans have been included in a priority list of schemes for government funding by Sub-national Transport Body Midlands Connect, with a request for £108 million to deliver it.

The scheme is amongst 11 in the Midlands submitted to the Department for Transport, as part of a £3.5 billion fund available for local road improvements from 2020-2025.

The North Hykeham Relief Road creates a new link to the south of Lincoln, connecting the A46 in the west to the A15 Lincoln Eastern Bypass, which is under construction. The plans include four new junctions and completes the orbital ring road around Lincoln.

Midlands Connect was empowered by the Department for Transport (DfT) to work with the 22 councils in its partnership to identify priority schemes to improve local roads in the region. The fund covers upgrades to the Major Road Network (MRN), a new category of the busiest and most economically important local authority ‘A’ roads, and Large Local Majors (LLM) schemes, which focus on bigger upgrades to local roads.

Following detailed consultation and a rigorous assessment, Midlands Connect has submitted 11 schemes to the DfT for consideration, in the West Midlands and East Midlands.

The total cost of the North Hykeham Relief Road is estimated at £153 million, including a £45 million contribution from Lincolnshire County Council and developers. If successful, the council would deliver the physical infrastructure required.

The total Midlands-wide funding request to the government is £596 million, with an additional £143 million to be funded locally.

Simon Statham, Midlands Connect’s head of technical programmes, said: “Lincoln is one of the biggest pinch points on the A46, which Midlands Connect has prioritised for improvement as one of the country’s most important trade routes. Connecting the A46 to the new A15 Lincoln Eastern Bypass has the potential to transform not only local trips around Lincoln, but long distance freight journeys travelling to the Humber ports as well.

“We are confident that we have provided all of the evidence the government needs to fund all 11 of our priority schemes in full, and we expect to be celebrating a £600 million investment in to the region to help our local authority partners get on and deliver this transformational programme of upgrades.”

Councillor Martin Hill, leader of Lincolnshire County Council, said: “Among its many other benefits, the road will help us meet growth targets for the area, improve A46 connectivity between the Midlands through to the Humber ports, and better connect the rest of the country to Lincolnshire’s coast.

“We’re glad to have Midlands Connect’s support in pushing this project through and ensuring that the region gets its fair share of the £3.5 billion investment pot available over the next five years.”
Midlands Connect is encouraging the government to allocate funding for shortlisted schemes as soon as possible to ensure their smooth delivery.