Coronavirus: Get advice and support 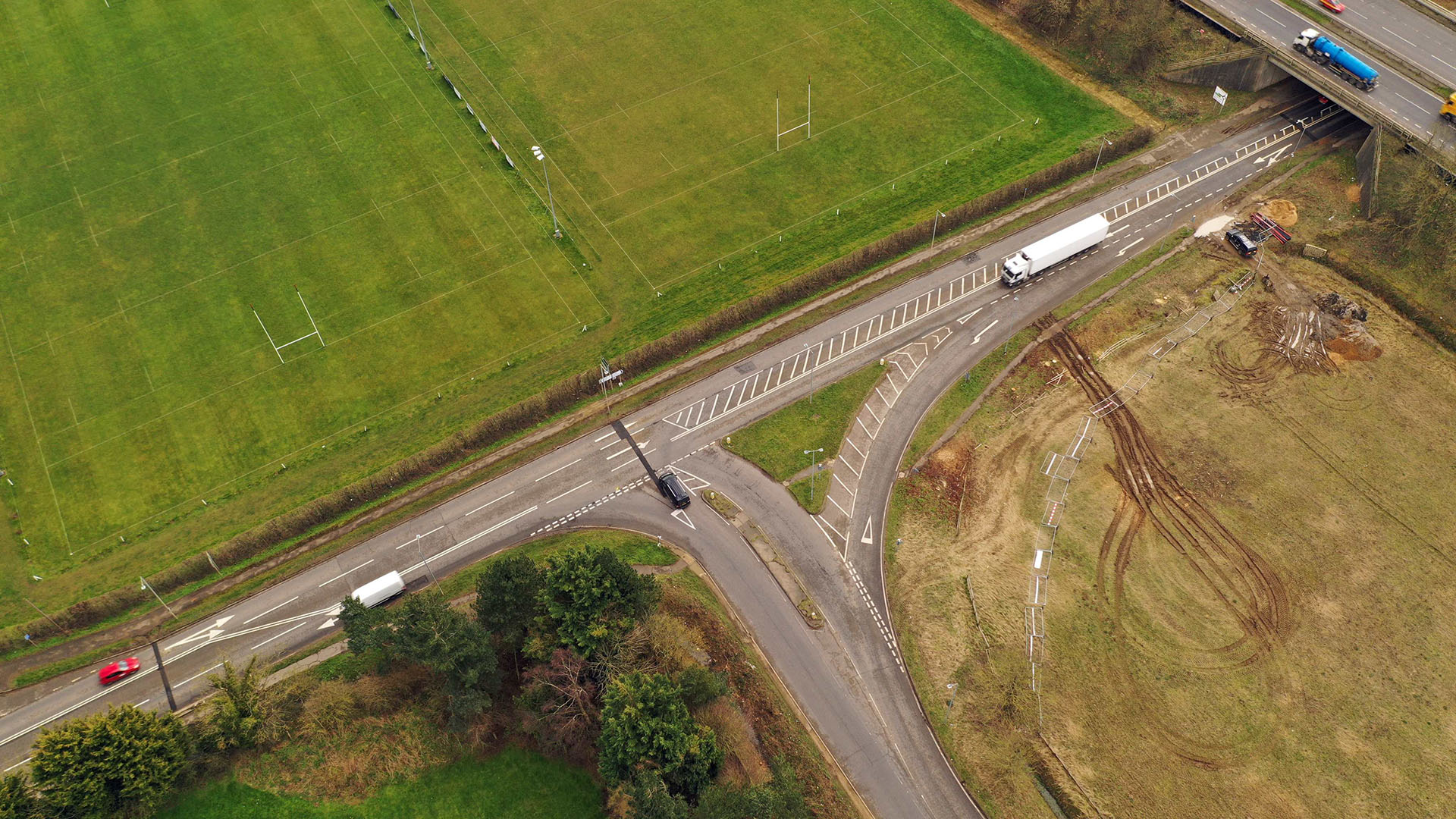 Following a delay to the scheme's start date, on-site works officially started on Wednesday 27 May.

Cllr Richard Davies, executive member for highways, said: "We're really happy to finally be on site, despite the spanner coronavirus threw into our original plan of breaking ground in early April.

"The important thing is we've worked past that and the team is now safely busy at work.

"The focus over the first couple of months will be on the west side of the A153 and the A17 slip road, particularly diverting the underground BT cabling, removing kerbs, and excavating the area.

"We'll then be working to install new kerbs, footways, ducting and a new culvert ahead moving over to the east side of the A153."

Throughout the scheme, 12 new traffic signal heads and nearly a mile and half of ducting will be installed, along with roughly 3,500 tonnes of tarmac being used.

The rugby club improvements are now set for completion this autumn, with the start of works at Holdingham Roundabout moved to February 2021.

Cllr Davies continued: "One of the knock-on effects of starting the rugby club works two months late is that we've had to push back the start of our Holdingham Roundabout works until early next year.

"We were originally supposed to start these straight after the rugby club junction. However, this would have meant trying to do earthworks at Holdingham during the autumn and winter months, which is far less than ideal.

"Starting the works just ahead of next spring will not only give us a better end product, but it will cost less money and take less time to build.

"Just like the rest of the world, we've had to adapt our plans due to the pandemic – but the important thing is that these improvements are still going ahead."

Pat Doody, Chair of the Greater Lincolnshire Local Enterprise Partnership, said: "We are very pleased to be investing £900,000 of Growth Deal funding into this initial phase of works for the Sleaford Growth Project, which will provide access to 27 hectares of key employment land for the town.

"The scheme will assist in the creation and safeguarding of 800 jobs over a 10-year period and upgrade the capacity and safety of the junction itself."

"Having secured a core £2million in Single Growth Fund to bring forward these schemes and committed a further £250,000 of Council funds within a funding partnership, the District Council places great strategic importance in getting this improved infrastructure in place in readiness for the delivery of housing and significant jobs growth.

"In addition to the safety and traffic flow improvements it will bring, this upgrade will be critical in enabling the SMEP to attract new businesses, facilitate expansions and fulfil its job creation potential, as well as supporting established businesses within Sleaford’s principal industrial area.

"More importantly just now than ever, these junction improvements will support the advancement of commercial development and acceleration of growth opportunities more quickly than otherwise and I see that as a cause for great hope despite of the short-term disruption and delay.”

The total cost of the rugby club junction and Holdingham Roundabout projects is £8.25m. This is being funded by the Greater Lincolnshire Local Enterprise Partnership, North Kesteven District Council, Lincolnshire County Council and developer contributions.