Coronavirus: Find out how services are affected or get advice and support

Before using our website, check for disruptions to our services caused by coronavirus. You can also find advice and support information for residents, communities and businesses. 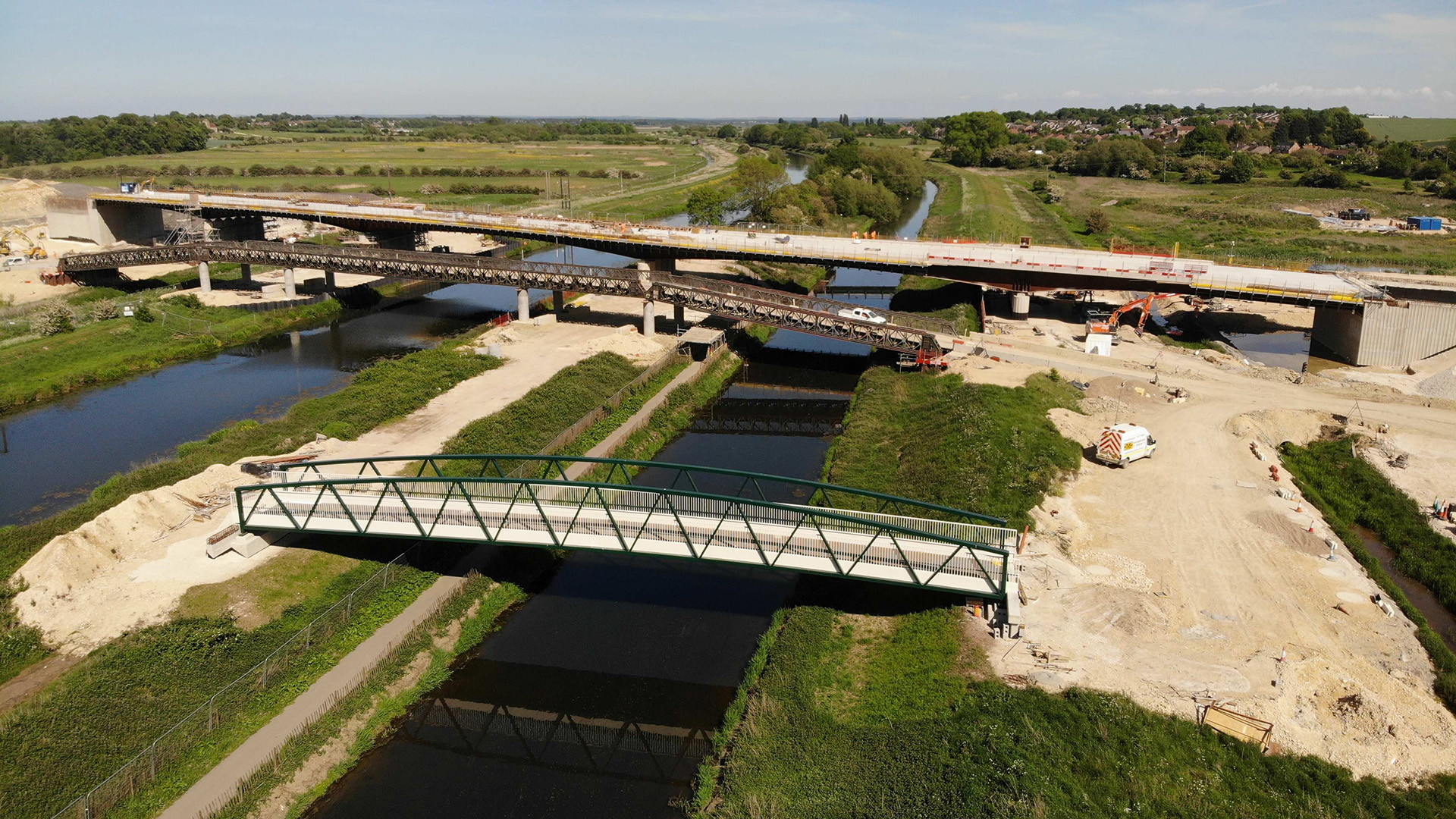 On-site works to move just under one million tonnes of soil and earth have come to an end.

Cllr Richard Davies, executive member for highways, said: "Over the past year and a half, the team has moved over 960,000 tonnes of soil and earth from the Washingborough area to fill the corner of Greetwell Quarry and the area between the new River Witham Bridge and the Market Rasen rail line bridge.

"Now that the bulk earthworks for the project are finished, we'll be making a start with disassembling and removing the 140-metre temporary haul bridge over the River Witham later this month.

"The haul bridge has served a tremendous purpose in that it's saved the site team over 100,000 trips through Lincoln since early 2019, which would have had a huge negative impact on the road network.

"Instead, at its peak, the haul bridge saw up to 600 vehicle movements per day."

Removal of the haul bridge will start on Monday 29 June for three weeks and will include unbolting the bridge into smaller sections to be craned off site and taken away in pieces.

Once the main structure has been removed from site, the concrete piers and support piles will be demolished.

As part of this work, the Sustrans cycle route, between Witham Park House and Ferry Lane in Washingborough, will be fully closed from Tuesday 7 July for eight days, including Saturday and Sunday (subject to weather). The diversion route for cyclists and pedestrians will be via Washingborough Road, which is currently closed for vehicles.

"Over the coming months, we'll also be laying the final level of road surfacing at Greetwell Road roundabout, Lincoln Road roundabout and in between all of the eastern bypass's roundabouts – all ahead of the new bypass opening by the end of this year."