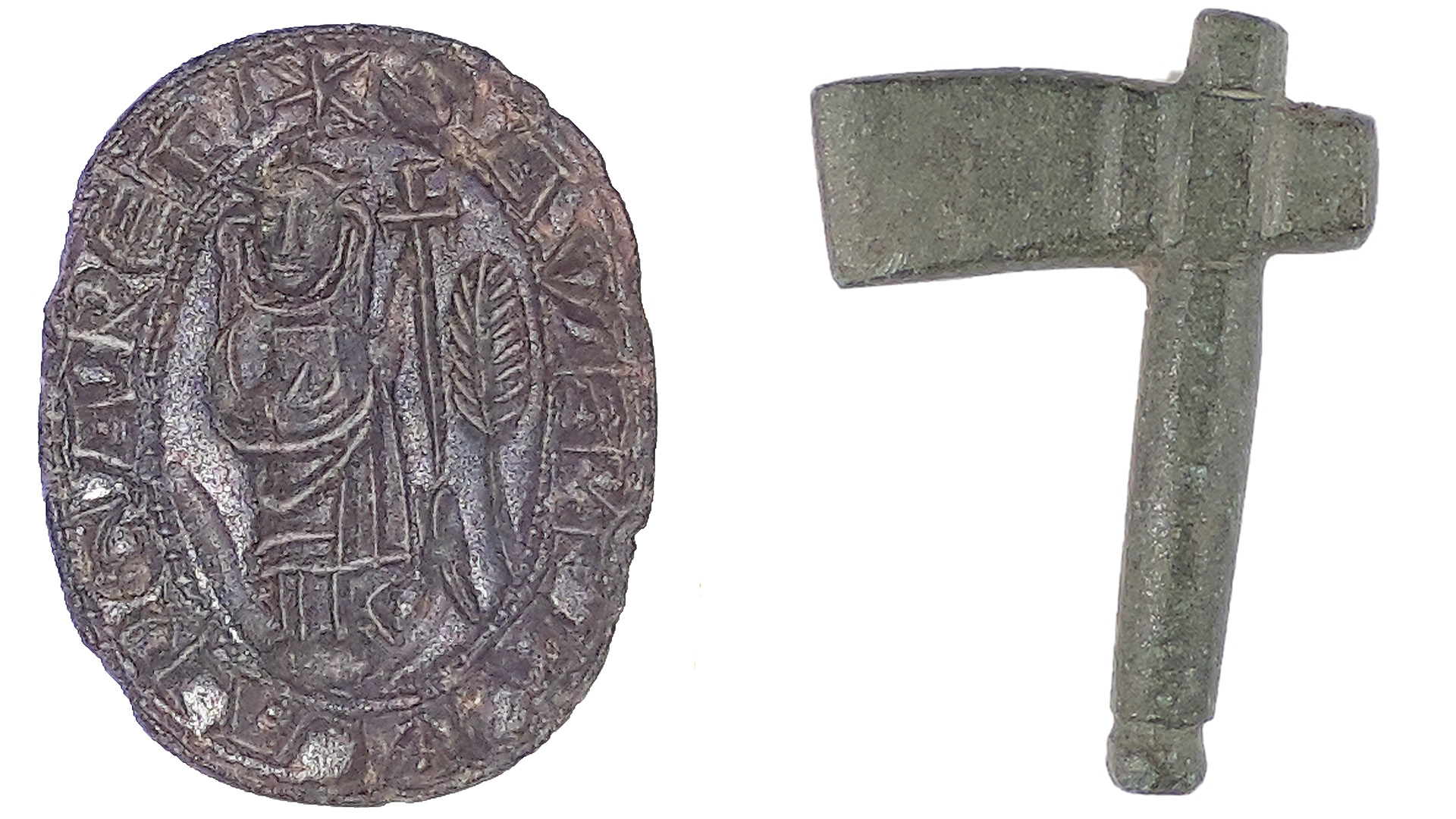 Residents spending time at home or on daily exercise in the county have made some amazing finds this lockdown.

While gardening in his home, Andrew Deaton from Moulton found a rare type of medieval seal matrix with a depiction of St Margaret of Antioch with the devil, whilst André Lopes from Grantham on a walk near his house found a wonderfully in-tact Bronze Age flint arrowhead.

These are just two of 200 finds reported to Lincolnshire County Council's archaeology service so far this year.

Almost 85,000 objects and over 150 coin hoards have been found in Lincolnshire since 1997, when the national scheme of reporting locally found objects, began. And this year, over 1.5 million objects have been recorded nationally.

"People come to us with their items, and we work with a team of volunteers from across the county to research and catalogue them."

Before lockdown, Elliot Luke, 20, from Durham, a student at the University of Lincoln, was a volunteer with the archaeology team. Elliot explains:

"Coins are extremely fun to identify – and there are so many ways to do it - from photographing various angles, changing the contrast on images to highlight details, to just old-fashioned comparisons by spotlight and magnifying glass against old records. It is amazing. For me, it just reinforces how close we are to our heritage, and how important it is that we remember this!"

Dorothy Paterson, 78, from Stow also helps out in the scheme. Dorothy talks about the time she was recording a Roman miniature axe:

"It's great to have the privilege of recording something that was used long ago; that was last perhaps in the hands of a Roman, Anglo-Saxon or a Viking before it was found. Even common or garden objects like buckles are exciting, but this find was even more special – a Roman miniature axe. What on earth was it for?

"After much research I found it was probably a votive offering- which God was it offered to and why? Was there a villa with an altar in that field, or even a Roman temple? Why a miniature? Why a weapon? So, such a little piece led to much reading and thought – really fulfilling for me personally."

For more information about finds in your local area visit www.finds.org.uk.