Major improvements to Roman Bank to start next week

Reconstruction works to one of Skegness's most used roads will begin on Monday 7 September.

Cllr Richard Davies, executive member for highways, said: "This is a massive project that will see Roman Bank, between Burgh Road/Castleton Boulevard and Elmhirst Avenue, completely demolished and rebuilt.

"This will involve digging up 550 metres of old carriageway and footway, about 400 wagon loads full, and rebuilding it with over 7,000 tonnes of tarmac and other materials.

"We'll also be installing nearly half a mile of new drainage pipes deep under the new carriageway, as well as fully refurbishing the pedestrian crossing near the junction of Roman Bank and Sea View Road.

"By the end of the scheme, we expect there to have been over 21,000 workforce hours spent on making these improvements to Roman Bank."

Breheny Civil Engineering will be carrying out the works for the £4.8 million scheme.

Cllr Davies added: "Over the past few weeks, we've worked closely with Breheny to refine the scheme's programme so it's shorter and more efficient. As a result, subject to suitable weather, we now expect the scheme to take seven months to complete, instead of eight – with the road closure removed before Easter.

"However, there will still be some significant disruption, but we will do everything we can to keep it to an absolute minimum.

"This includes carrying out the work in rolling phases so businesses and residents are directly affected for less time."

As part of the project, a full 24/7 road closure for cars, trucks and other motorised vehicles will be in place from the end of w/c 7th September.

The official diversion route for the closure will be via the A52 / C541 / A158 at the Gunby dual carriageway, and vice versa.

Pedestrian access will be maintained for residents and businesses, except when works are being carried directly outside a property (exact location will change as the scheme progresses). Those affected will be notified in advance and are encouraged to speak to the site team to discuss any accommodations that can be made.

Private and on-street parking on within the immediate area of works will also be restricted. However, restrictions on two 'limited-time' parking zones on Sea View Road, between the junction with Hoylake Drive and the junction with Roman Bank, will be suspended during the project to provide alternative parking. 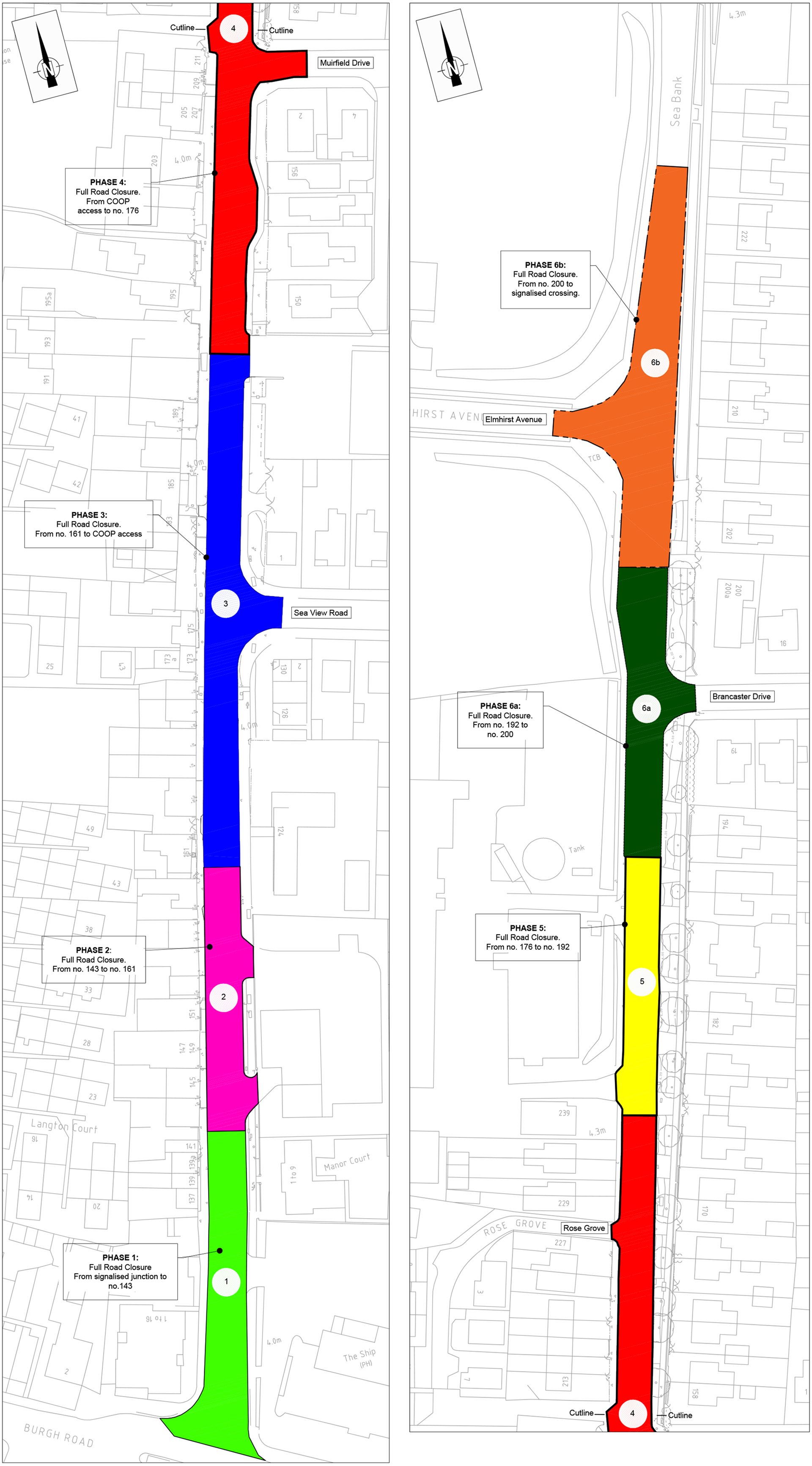