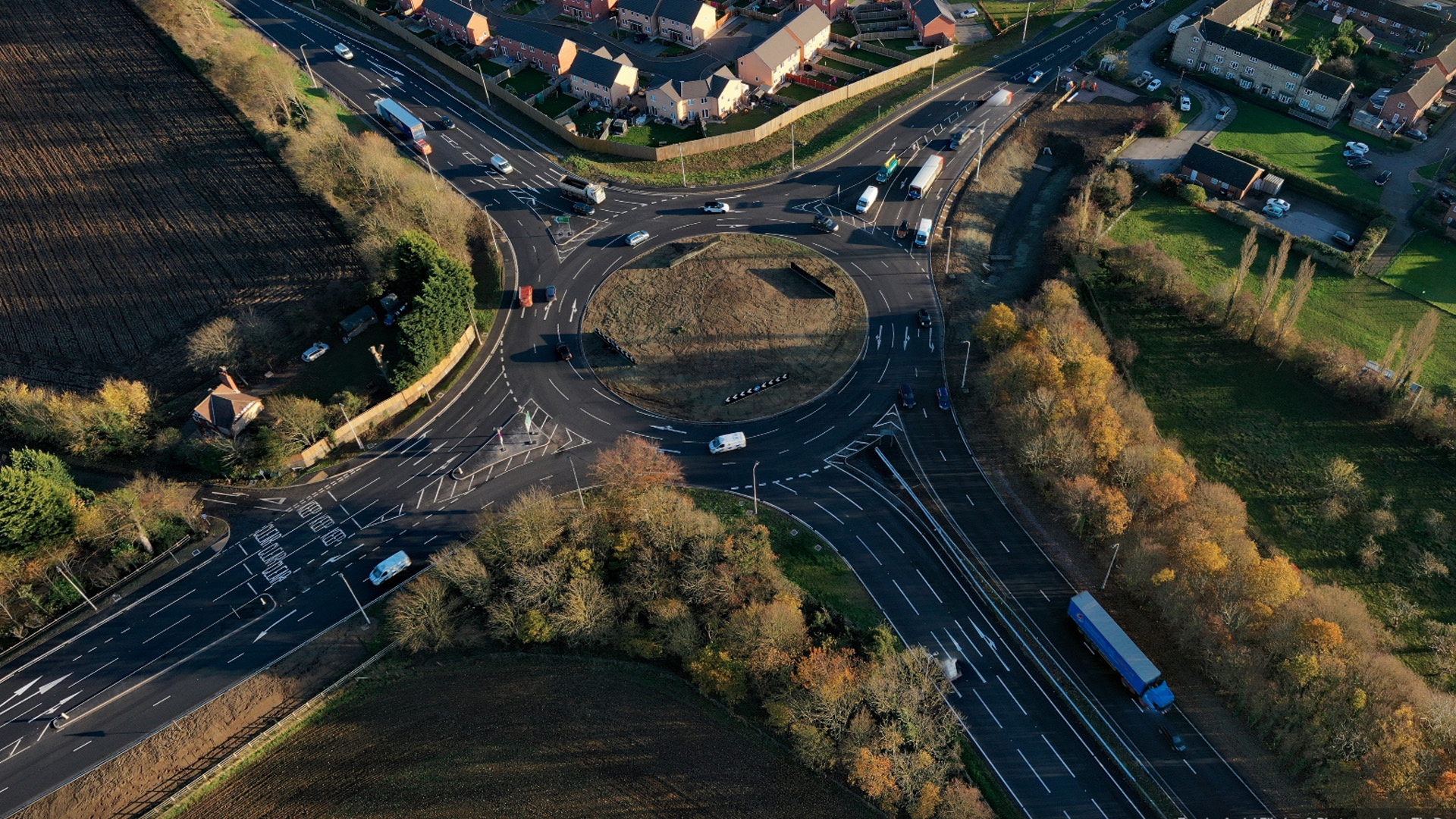 Major improvement works to increase capacity and improve traffic flow at the A46 Riseholme Roundabout have come to a successful end.

Cllr Richard Davies, executive member for highways, said: "I'm really happy to say that, despite a delay due to coronavirus earlier this year, we've officially finished our improvement works at the A46 Riseholme Roundabout.

"This project has been a massive undertaking. Over the past ten months, we've spent over 16,000 hours building a new roundabout lane and extra entrance and exit lanes at all approaches and exits.

"As part of that, we used over 8,700 tonnes of tarmac and other material for the new lanes and for rebuilding sections of the roundabout.

"We also took the opportunity to completely rebuild the roundabout's drainage system while the road was dug up, installing a mile and a half of new underground pipes and 35 new manholes.

"Now that these works are complete, people should notice fewer queues and improved journey times at peak times on this crucial part of the county's road network."

Below are some facts and figures about the Riseholme Roundabout project:

Pat Doody, Chair of the Greater Lincolnshire Local Enterprise Partnership, said: "We supported this scheme as part of our Growth Deal with the Government. The improvements to this strategic roundabout will greatly improve the operation of the junction and, therefore, journey times through this part of the roads network, supporting business access to our ports and key markets.

"The scheme will also help facilitate new housing and employment in the area, and we are very pleased to see that work has been completed."

The A46 Riseholme Roundabout improvement works started in January and were carried out by Breheny Civil Engineering.

The £4.2m improvement project is being funded via £2.4m from the Greater Lincolnshire Local Enterprise Partnership and £1.8m from an Integrated Transport Grant.