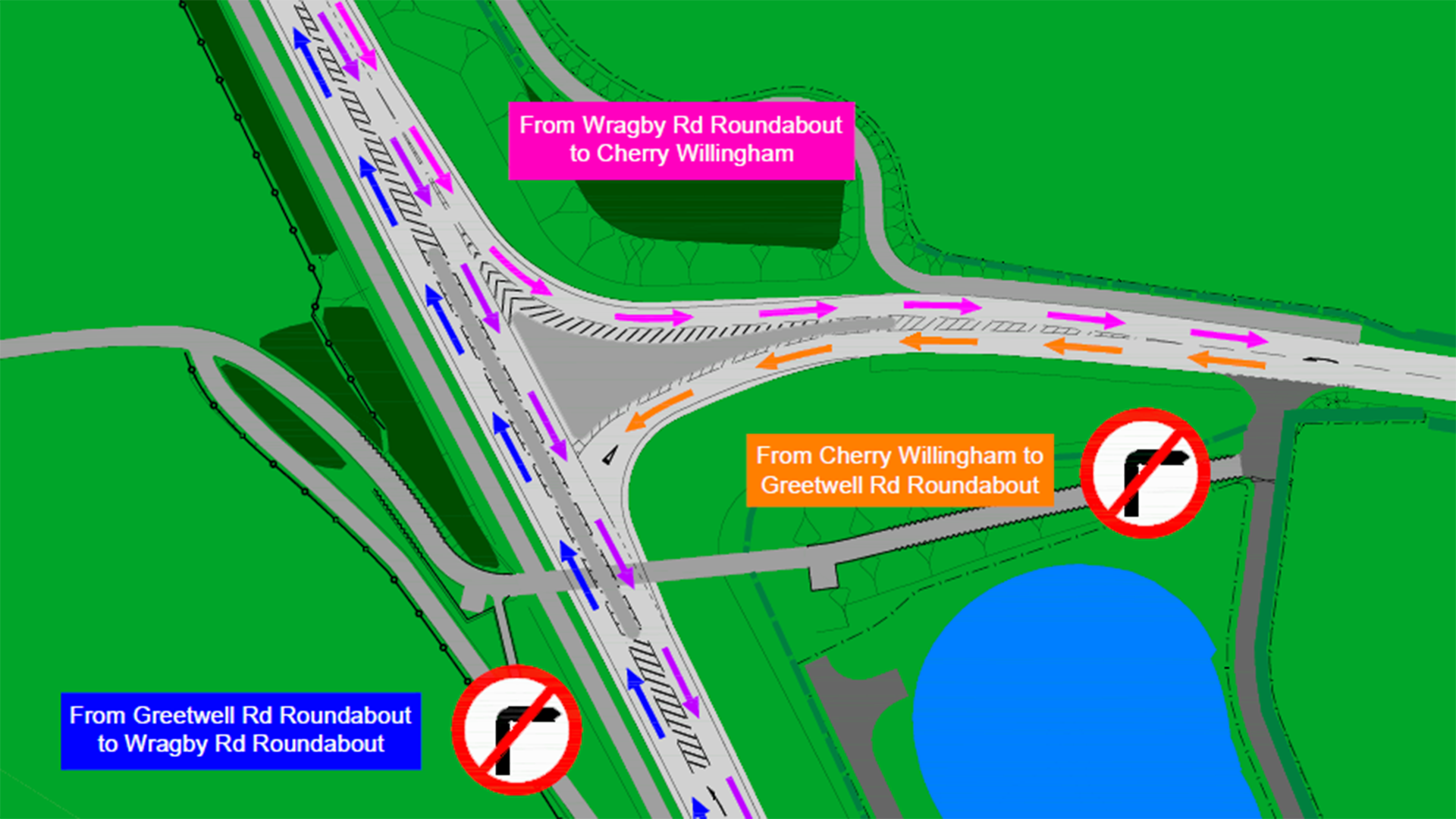 Road users are encouraged to make themselves familiar with the new road layouts, road numbers, and speed limits that will be in place when the Lincoln Eastern Bypass opens later this month.

Cllr Richard Davies, executive member for highways, said: "Although we don't have a specific date set just yet, we're just weeks away from Lincoln's new bypass opening ahead of Christmas.

"And when it opens, people can expect some changes to how the road network in and around Lincoln works.

"This includes re-familiarising with the previous speed limits, adjusting to new ones and re-planning journeys to make the most of the bypass while factoring in some new road layouts.

"With that said, here is a short update on what people can expect when the road opens later this month."

Road users will be able to access Hawthorn Road east from the new bypass with a permanent closure of Hawthorn Road from the west for drivers. No access to Cherry Willingham will be available via the Hawthorn Road junction with Bunkers Hill.

New bypass roundabouts at each of these locations will provide access in all directions.

Bloxholm Lane has been split in half by the new bypass, so its existing junction with Sleaford Road will be marked as 'no through road'.

The new A15 Sleaford Road roundabout will provide a connection between northbound and southbound Sleaford Road, the Lincoln Eastern Bypass and the re-aligned Bloxholm Lane.

When the bypass opens, the following road name changes will take effect:

Cllr Davies added: "When opened, the new bypass will make getting into and around Lincoln far easier by reducing the number of vehicles traveling through the city, including 25% less traffic on Broadgate.

"This will result in an improved inter-city environment, less carbon emissions and better noise and air quality in Lincoln thanks to fewer vehicles moving about in the city."

Once the new bypass opens, it will be officially adopted by the county council's highways team.

County Highways Manager Richard Fenwick said: "We're looking forward to adding the new Lincoln Eastern Bypass to the 5,500 miles of road we already manage and maintain when it opens.

"Not only will it be added to our gritting schedule, but our team of local highway officers will also regularly monitor wear and tear on the road and carry out repairs as and when needed.

"We've also developed a maintenance plan for the road's bridges and drainage ponds, which we'll follow over the coming years to ensure that all aspects of the bypass stay in safe working order."

The new Lincoln Eastern Bypass is set to open by the end of the year, with a date set to be announced in the coming weeks.