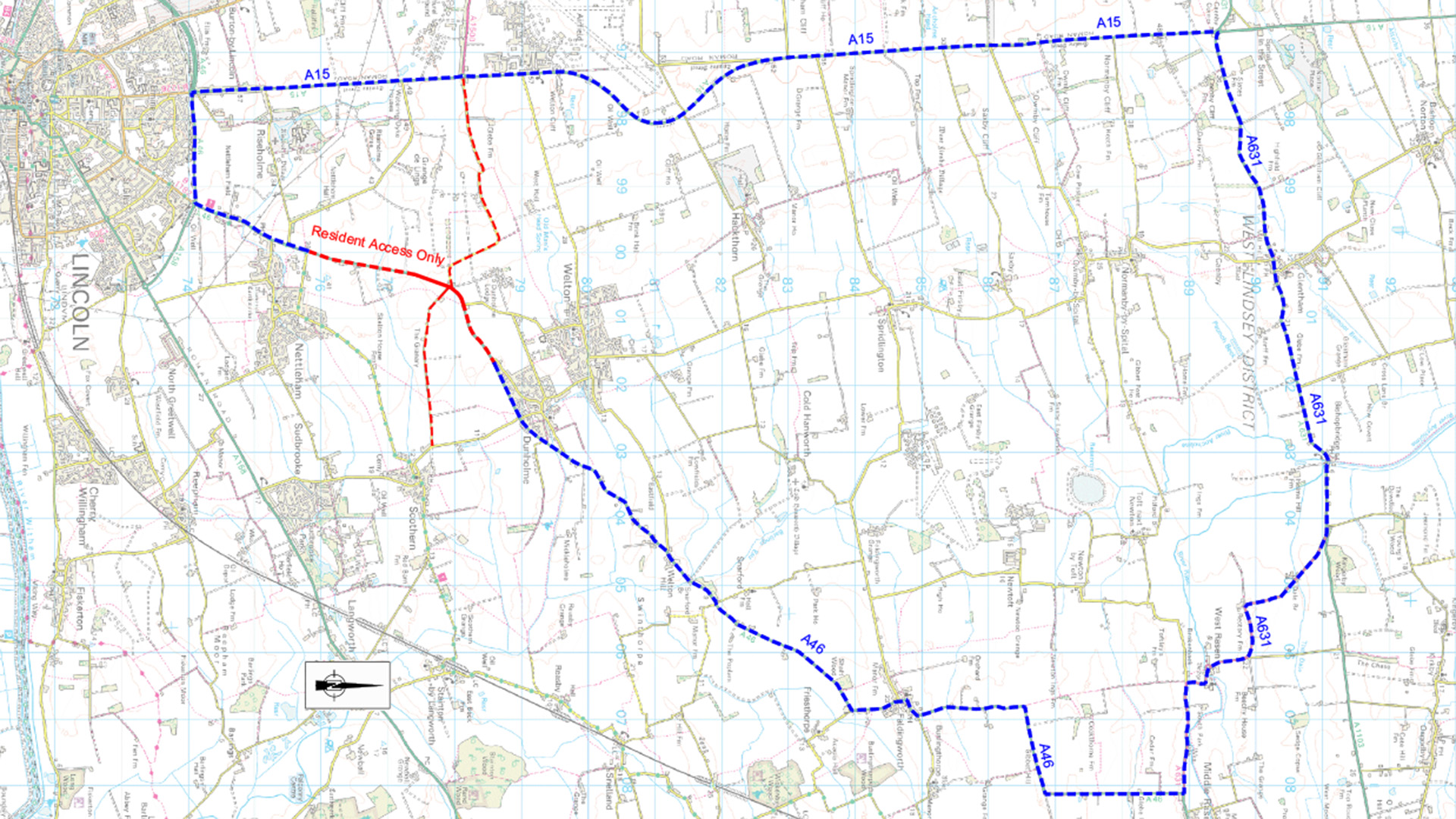 A section of the A46 near Dunholme and Welton will be closed for reconstruction overnight for two weeks starting in early February.

The night-time closure will be in place on the A46, between Deepdale Lane in Nettleham and Lincoln Road near Welton, for up to two weeks starting on Monday 1 February, 7pm to 6am, Monday to Friday (subject to weather).

Access will be maintained to residents on Heath Lane (from Scothern), Horncastle Lane (from the A15), and Nettleham Heath (from the A46).

Cllr Richard Davies, executive member for highways, said: "Our works to improve the A46 near Dunholme and Welton are continuing ahead steadily and we're still on track for having the new roundabout open this spring.

"As part of this important project, we are also taking the opportunity to rebuild sections of the A46 near Dunholme and Welton that aren't in the best condition.

"Last year, we completely rebuilt a section of the road between Lincoln Road (to Welton) up to the Scothern Lane crossroads. And next month, we'll be starting work to reconstruct a section to the west of both villages.

"This will involve excavating 565 tonnes of material before using 630 tonnes of tarmac to completely rebuild it.

"This piece of work will inevitably cause some disruption, but we'll be doing all we can to keep this to a minimum, including carrying the works out overnight so people can continue using the A46 in the day.

"I want to thank everyone affected in advance for staying patient while the team continues working to make this important A46 junction safer and more efficient."

The A46 Dunholme / Welton Roundabout project is being part-funded using the £2m allocated to the authority by the Department of Transport (DfT) from tranche 2 of its National Productivity Investment Fund. The remaining funding for the construction of the scheme will come from a combination of third party contributions and the county council.