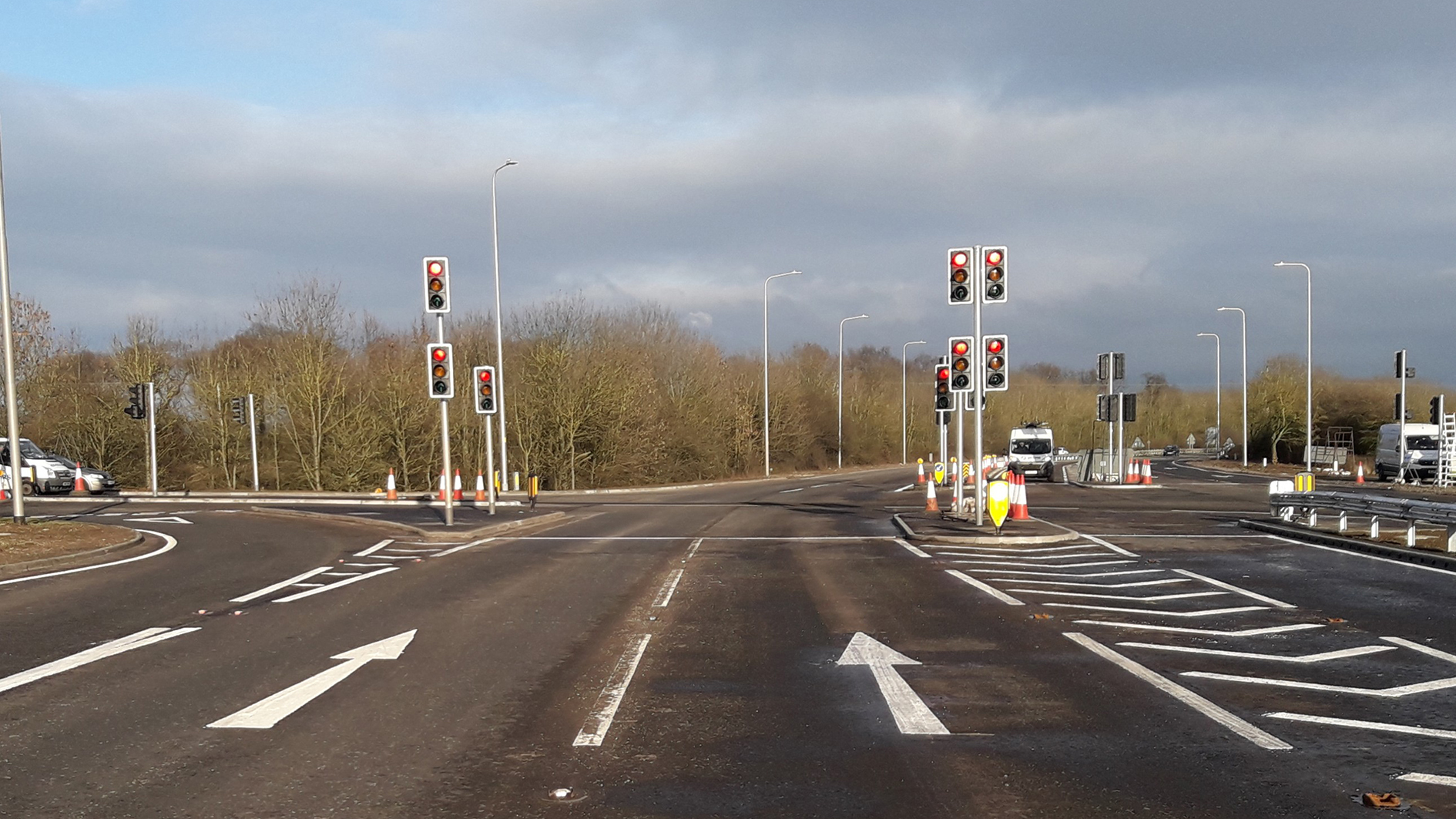 Major works to install new traffic lights and replace the drainage system at the Corringham Road and Thorndike Way junction have come to a successful end.

"Over the past three and a half months, we've spent nearly 10,000 hours installing 11 new traffic signals and over half a mile of underground wires and ducts for the system.

"The team also used just over 1,000 tonnes of tarmac and other material to rebuild sections of old road that were in need of repair.

"While on-site, we also took the opportunity to completely rebuild the junction's drainage system, installing over a quarter mile of new underground pipes and 14 new manholes.

"Now that the signals are in operation, people should notice improved travel times in and around Gainsborough, particularly at the Corringham Road/Thorndike Way junction, along with safer overall journeys."

Below are some facts and figures about the Corringham Road/Thorndike Way junction project:

Pat Doody, Chair of the Greater Lincolnshire Local Enterprise Partnership, added: "Our investment in this junction will enable the future growth and regeneration of the town, unlocking and accelerating the development of the Northern SUE, one of the largest housing sites in Gainsborough and directly supporting the creation of 130 new homes in the initial phases."

Minister for Regional Growth and Local Government, Luke Hall MP, said: “I understand that unreliable journey times, congestion and road safety issues have been longstanding concerns for the residents of Gainsborough.

“That’s why we supported these much-needed road improvements with a £1.5 million Local Growth Fund investment.

“This government is improving road networks across the country to boost quality of life in communities and unlock jobs and investment for our towns.”

He said: “West Lindsey District Council has worked closely with the Greater Lincolnshire Local Enterprise Partnership and Lincolnshire County Council to fund improvements to the Corringham Road Junction.  The work not only improves road safety, but it also continues to support our plans for Growth in Gainsborough by opening up the Northern Sustainable Urban Extension.”

The Corringham Road/Thorndike Way junction improvement works started in September 2020 and were carried out by Balfour Beatty.