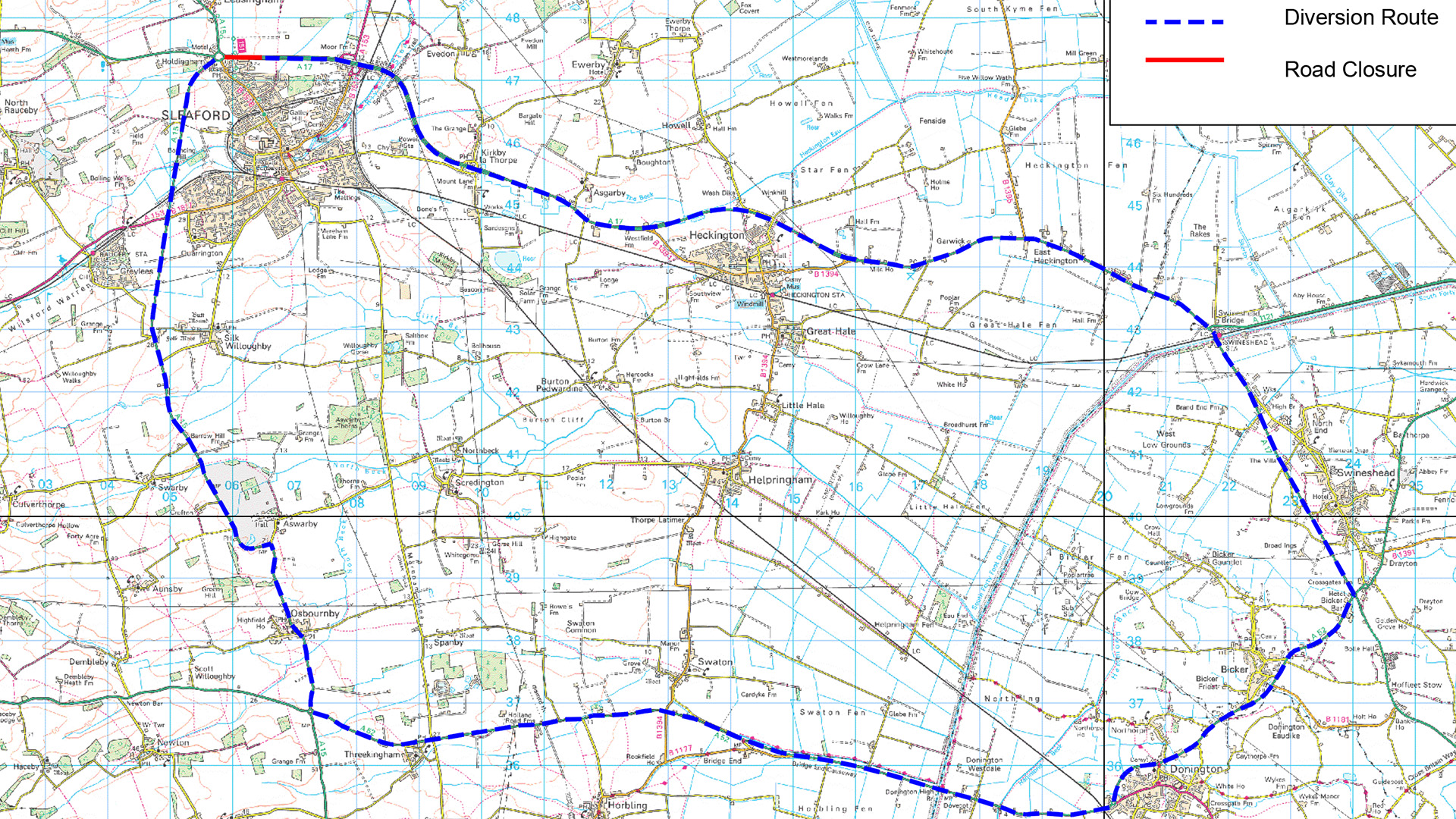 The scheme is expected to take ten months to complete, subject to suitable weather.

Cllr Richard Davies, executive member for highways, said: "Holdingham Roundabout was built in the 1970s and has done well to meet the needs of the county for nearly five decades.

"However, I'm really happy to announce that our project to modernise and improve the roundabout is now underway, including building new lanes at each approach and installing traffic signals.

"Once complete, people can expect increased safety here, along with smoother journeys now and in the future when there are more people travelling in and around Sleaford. Making these improvements is no small task, though.

"As part of the project, we'll be excavating a large part of the roundabout and its central island to make way for the extra approach and roundabout lanes.

"We'll then be using over 9,000 tonnes of tarmac and other material to actually build the new lanes and reconstruct the roundabout itself.

"In addition, we'll also be installing over a mile of new underground drainage and over twenty new traffic signals at most of the roundabout's entries."

As part of the work, drivers can expect a combination of 24/7 narrowed lanes and lane closures, along with a series of night-time temporary traffic signals, full road and roundabout closures as and when needed.

A temporary 30mph speed limit will also be in place when approaching and exiting the roundabout from all directions throughout the entire project.

Please note that works will be carried overnight until mid-March, at which point they will be switched to daytime.

A westbound night-time road closure on the A17 East (towards Holdingham Roundabout) will be in place for four evenings, from 9pm to 5:30am, starting on Monday 22 February (subject to suitable weather).

The diversion route will be via the A52 westbound and the A15 northbound, and vice versa.

Cllr Davies added: "There will inevitably be some disruption while we carry out these improvements, but we'll be doing everything we can to keep this to a minimum and expect to have the whole project finished by the end of the year."

"The Holdingham Roundabout upgrade is the second of two key strategic junction improvements in Sleaford supported in 2020/21 by the Greater Lincolnshire LEP which have a critical role to play in unlocking future growth potential in the town.

"Our £1.1m contribution towards this project will enable Sustainable Urban Extension delivery in the area to be realised, ultimately resulting in the creation of over 4,000 new homes."

“It’s encouraging to see work get underway on this scheme of work which, together with last year’s successful works at the rugby club junction, is critical to freeing up traffic flows, both for Sleaford and the wider network.

"Not only will this be good for Sleaford, the District and the broader county’s economic position by encouraging people and businesses into the town, but also for enhancing quality of life and environmental gain by relieving congestion which impacts on air quality and people’s use of time.

"Freeing traffic flow is equally beneficial in releasing the full commercial potential of the District Council’s new economic growth area at Sleaford Moor Enterprise Park as well as opening up broader economic regeneration and highways safety aspirations for the town.

“Naturally there will be short term pain in terms of temporary closures and diversions, in pursuit of the long term gains, which we will all need to bear with.

"For now though, with us all cutting back on travel to that which is essential-only, my hope is that the impacts will not be so keenly felt at this time and the work can progress with greater efficiency.”