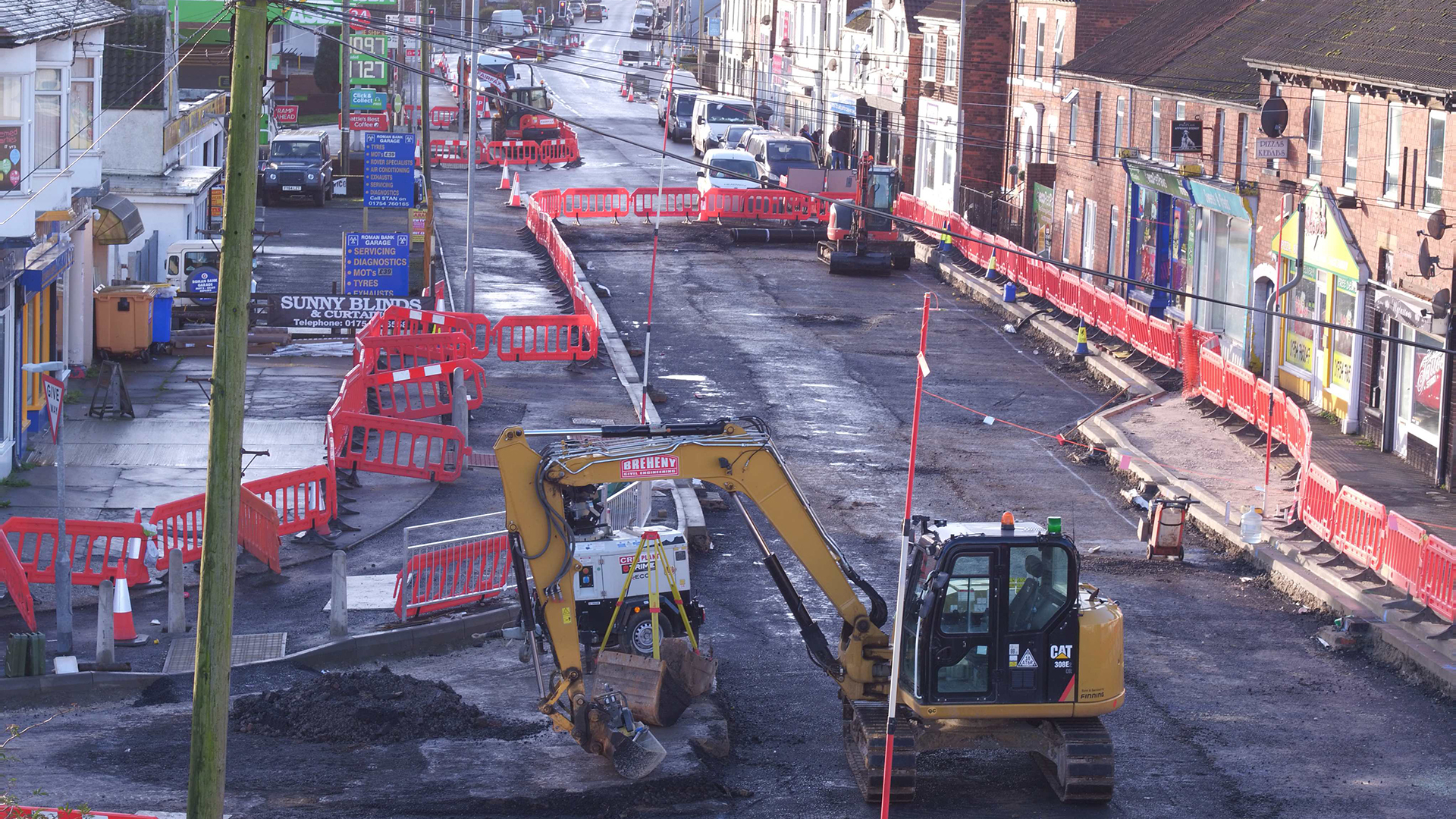 Major improvements to Skegness's Roman Bank will continue past Easter due to an unexpected underground utility diversion being required.

"Despite originally telling us that their gas pipe did not need to be diverted whilst we were planning the project just a few months ago, Cadent Gas have now notified us that they will need to move their Roman Bank pipe – putting back the completion date of the whole scheme.

"There are always unknowns when carrying out major road works like these, but contradicting information from utility companies makes it almost impossible to plan effectively.

"We're currently considering a number of options for the rest of the project, each with a different completion date.

"But we want to finish the rest of our works as quickly as we can, with as little disruption as possible for the people and businesses of Skegness."

"We started work in September, purposely so that work would be completed ahead of the summer season.

"After over a year of disruption due to the coronavirus pandemic, businesses in Skegness will be looking forward to opening up this summer, and we'd planned the works not to interfere with that.

"It's now disappointing to learn that the scheme will have to be extended due to misinformation from Cadent and we're still looking at ways to mitigate the impact the works will have on this important summer season."

Cllr Davies added: "Had we known this main needed to be diverted when we originally spoke to Cadent Gas during the planning stage, these could have been factored in to the scheme of works.

"The issue with them coming to us now is that the road here is already dug up, so it's too late to do anything else except wait for their works to finish so we can finish rebuilding the road.

"We will be sure to keep residents and businesses in the loop as and when we have more information. And we'll be ensuring that Cadent Gas get their work done as quickly as possible.

"In the meantime, I want to take the opportunity to thank everyone for bearing with us."

The diversion route will remain via the A52 / C541 / A158 at the Gunby dual carriageway, and vice versa.