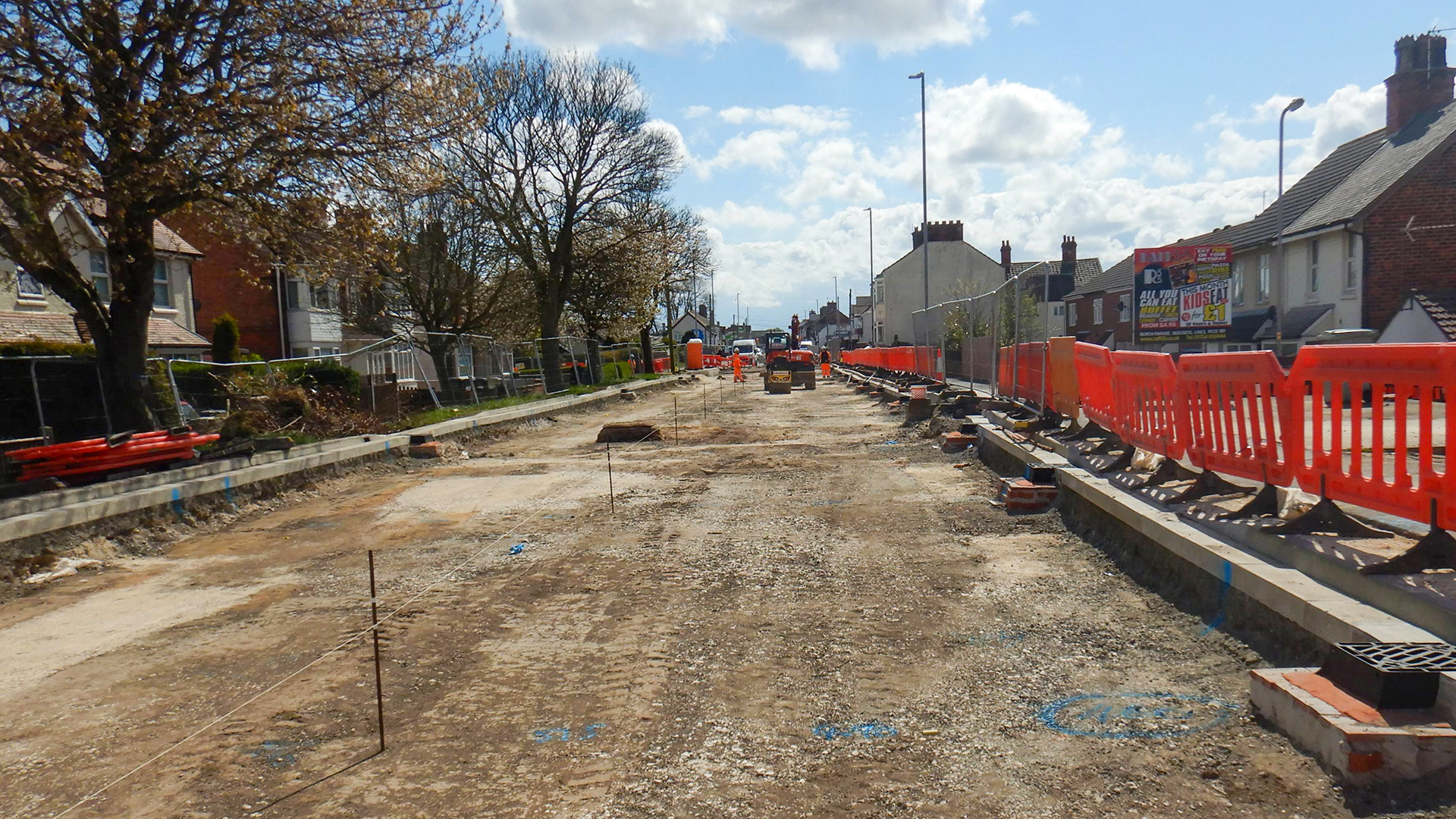 Roman Bank will be fully open for the summer from Wednesday 26 May to Monday 20 September.

What we achieved in April

Road reconstruction near A52 gyratory

What's happening in May

Note that pedestrian access will be maintained for residents and businesses, except when works are being carried directly outside a property (exact location will change as the scheme progresses). Those affected will be notified in advance and are encouraged to speak to the site team to discuss any accommodations that can be made.

Private and on-street parking within the immediate area of works will also be restricted. However, restrictions on two 'limited-time' parking zones on Sea View Road, between the junction with Hoylake Drive and the junction with Roman Bank, will be suspended during the project to provide alternative parking