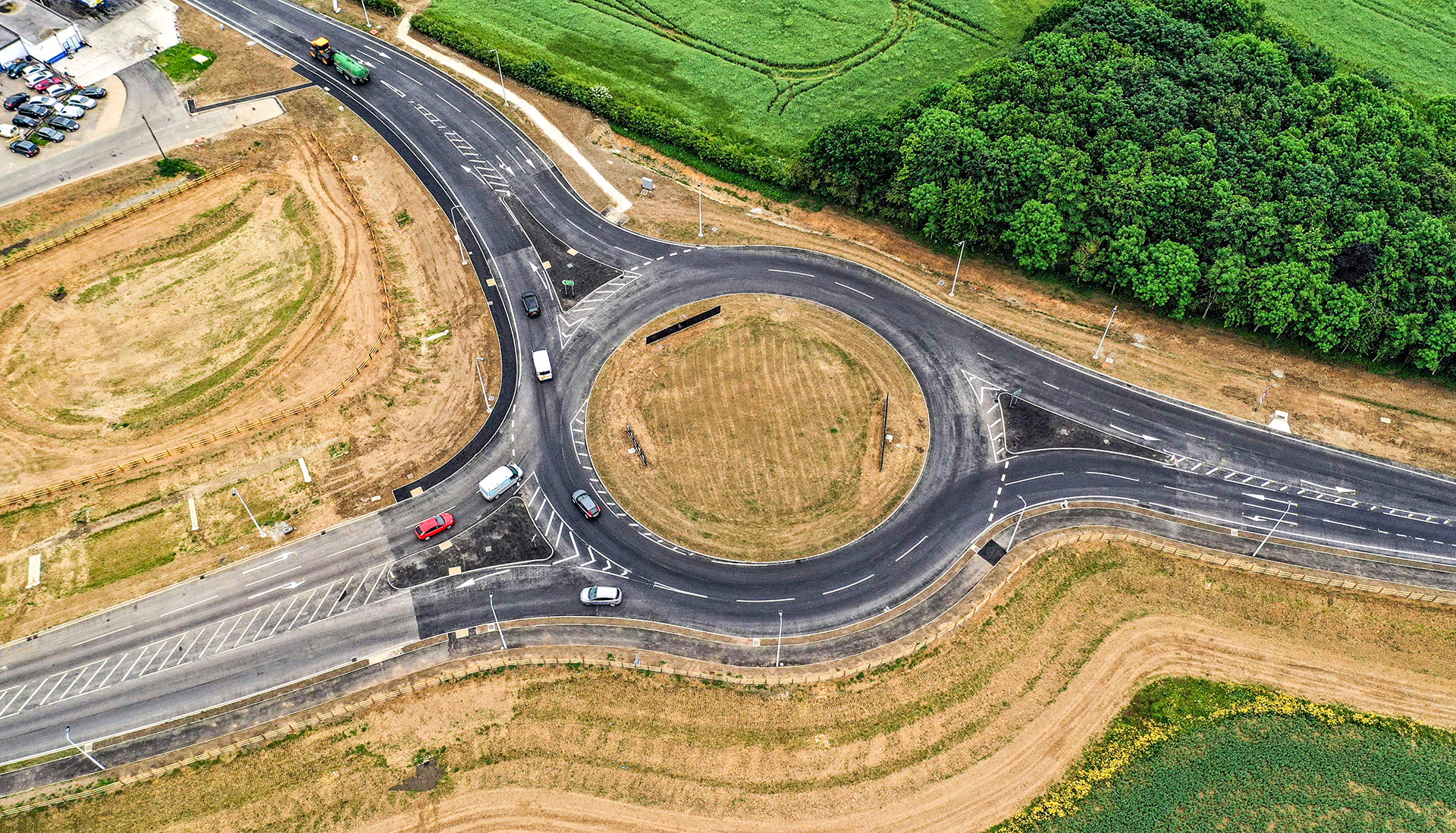 Major works to improve safety on the A46 near Dunholme and Welton are officially complete.

"On average, over 11,000 vehicles use this stretch of road every day, so I'm sure the safer junction with Lincoln Road and increased visibility on the A46 will be welcomed by locals and commuters alike.

"This project has been a huge undertaking, and this new roundabout is a testament to their hard work over the past ten months.

"Since starting last summer, over 22,000 workforce hours have been spent, nearly a mile of new drainage installed and over 9,000 tonnes of tarmac used to build our county's newest roundabout.

"Not only does the new roundabout mean increased safety on the A46, but drivers can also expect less congestion, in addition to the scheme helping to support future development in the area."

Below are some facts and figures about the A46 Dunholme/Welton roundabout project:

"There have been 16 injury collisions on the A46 Welton junction, which now has become the site of a new roundabout, in the last 5 years however, the CCTV from the garage has recorded many more and we are lucky that most of those collisions have not resulted in a reported injury.

"Four people have been seriously injured in those collisions and whilst most people recover, some will have life lasting effects.

"We see the completion of the roundabout not only as an improvement to the traffic flow, but as a safer environment for all road users and a good example of engineering the problems out of our roads."

Brendan Brennan, contracts manager for Eurovia, said: "We recognise the importance of establishing and understanding our clients’ needs and expectations.

"We have developed and very close relationship with LCC and help each other where we can to minimise disruption to the public and get the scheme to across the line.

"We have faced some challenges along the way which have been quite unique but together we have overcome these and pushed the job to the finish line."

The A46 Dunholme/Welton roundabout project started at the end of July 2020 and were carried out by Eurovia Contracting.

The project was part-funded using the £2m allocated to the authority by the Department of Transport (DfT) from tranche 2 of its National Productivity Investment Fund.

The remaining funding has come from a combination of third party contributions and the county council.