Lincolnshire Fire and Rescue already have two pumps which are used when roads and properties are flooded, often during heavy rain.

Cllr Tom Dyer, executive support councillor for environment, said: "The new flood pumps have been bought by the county council as the lead local flood authority to support the emergency services more effectively when they respond to flooding.

"As well as being better prepared for when flooding occurs, we also have a full programme of flood schemes across Lincolnshire over the coming years, to help prevent flooding from occurring in the first place, with an extra £2.2million to address local drainage and flooding problems."

The equipment is purpose built to deal with flood water and debris and can pump water out twice as fast as a fire appliance. They are towed by 4x4 vehicles and after initial set-up, only need two firefighters to operate them, freeing up fire appliances and other staff to respond to other emergencies. 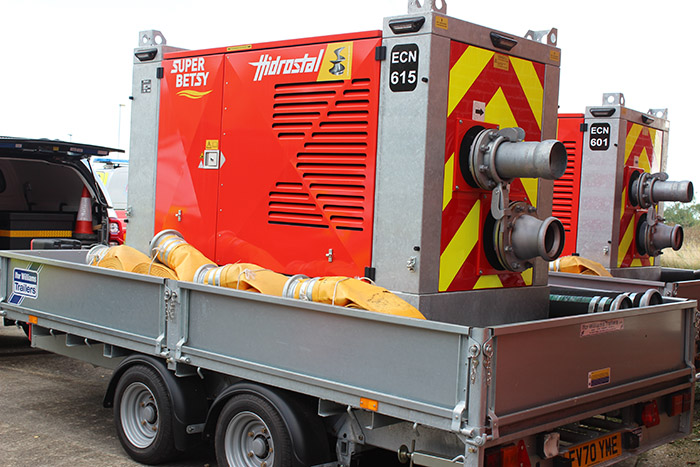 "The four flood pumps will be strategically located at Gainsborough, Wragby, Alford and Holbeach offering a better countywide response to surface water and other flooding."

The county's existing flood pumps have been used multiple times in the last few years, including to keep key infrastructure running during flooding at Boston Hospital and Wainfleet.