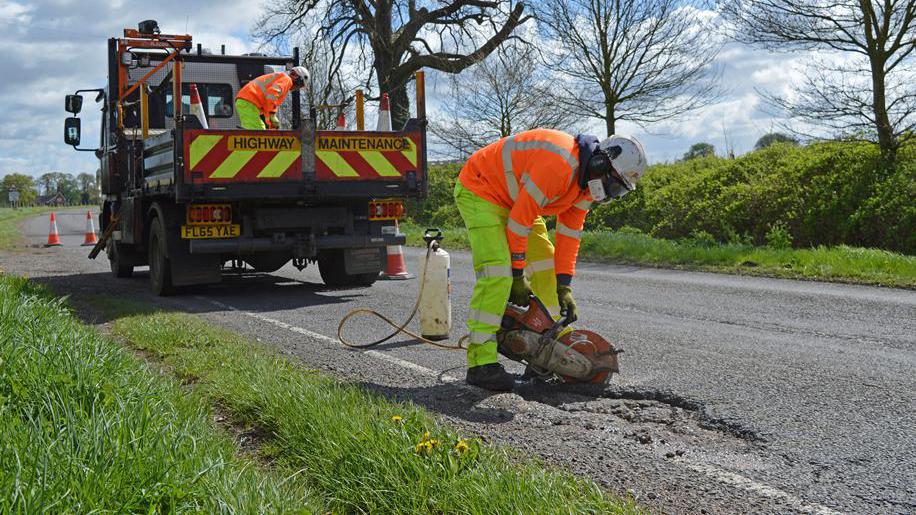 With government unlikely to reverse a £12m cut in the council’s highways grant, the Executive has put forward updated budget proposals to avoid a reduction in road maintenance.

Cllr Martin Hill, leader of Lincolnshire County Council, said: “We know road repairs are a priority for residents and have always done our best to protect the highways maintenance budget from cuts.

However, despite lobbying from both the council and Lincolnshire’s MPs, it looks like the government will not be reinstating the £12m they cut from our highways grant last year.

“As a result, the executive has little choice but to propose a 2 percent increase in general council tax to help make up the shortfall. Despite this, we will still need to use £2.3 million from our reserves over the coming year in order to balance the books.

“It remains true that, even with this additional 2 percent increase, the people of Lincolnshire will pay the second lowest county council tax in the whole country.

“We’re disappointed that local taxpayers are again being left to foot the bill, especially when the government raises billions each year through fuel duty and road tax. So we’ll continue our fight to ensure Lincolnshire gets fairer funding in future.”

The updated budget proposals for 2022/23 will be put before the full council on Friday 18 February.

The 2 percent increase in general council tax is in addition to a 3 percent rise in the adult care precept, which is needed to help cover an expected £13.5m increase in costs in 2022/23. This means council tax will rise by 5 percent in total.

Cllr Richard Davies, executive member for highways, said: “The lack of action from government and the Department for Transport is shocking. Our 5,500-mile road network is crucial to the livelihoods of residents and businesses.

"However, we simply aren’t getting the money we need to bring our roads up to the standard that people in Lincolnshire deserve. Instead, we have 660 miles of crumbling roads classed as being in poor or very poor condition.

“It’s disappointing that we’re being forced to fill this funding gap with money that could go towards improving other vital services instead.

"But if we don’t step in, there would be 24,000 potholes left unfilled and 37 miles of failing carriageway not rebuilt, leading to unplanned roadworks, a drop in road network resilience and the local economy taking a hit.”

“But the fight isn’t over, and we encourage everyone to show their support by visiting our campaign webpage and writing to their local MP to demand better funding for our roads.”

Visit www.lincolnshire.gov.uk/highwaysfunding for links to our latest news, videos and content – including the ability to share your personal pothole stories and videos.