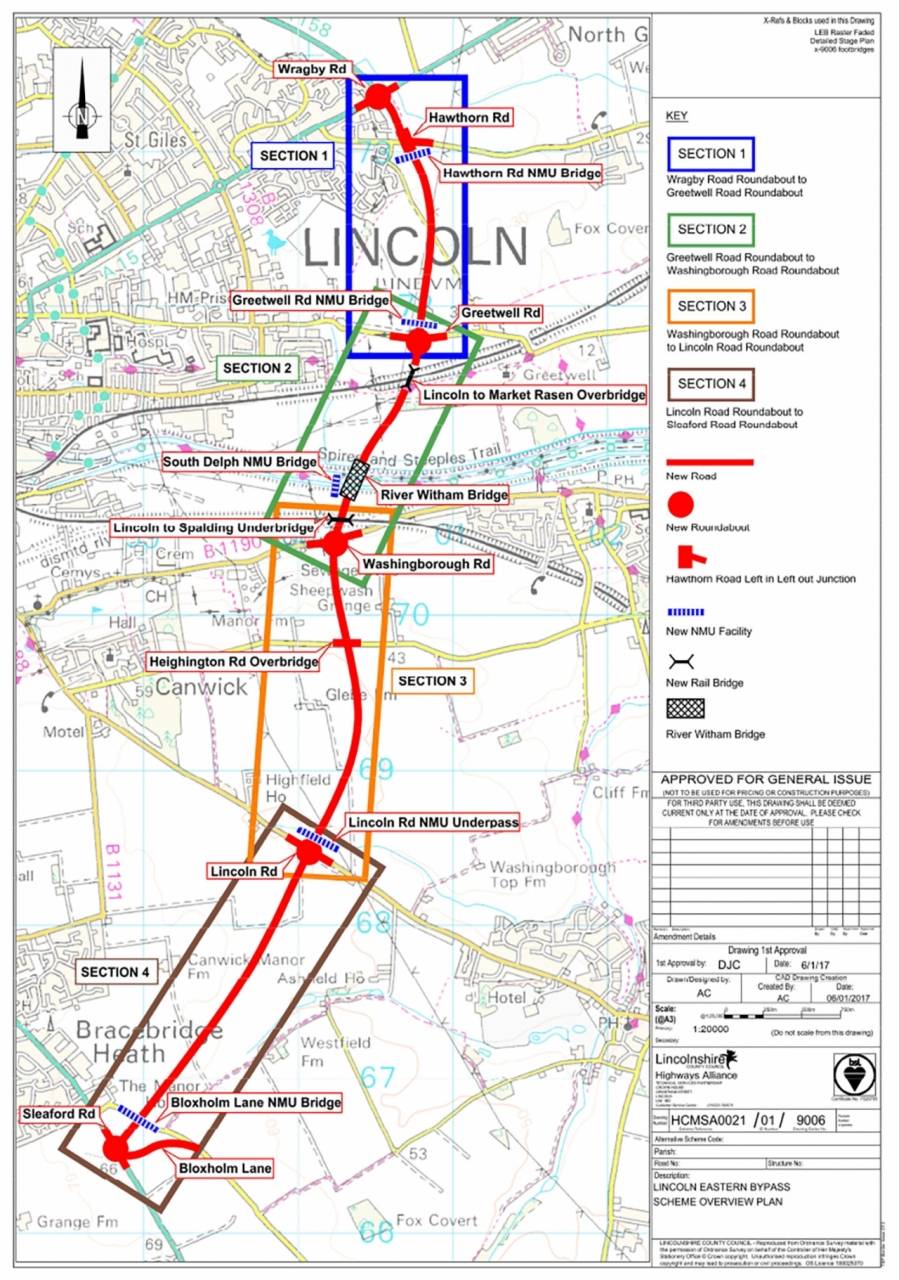 The bypass starts at a new roundabout on the A15 Sleaford Road and finishes at the A158 Wragby Road.

This road connects with the existing northern relief road and is the second-to-last step towards creating a complete ring road around the city.

Now that the project is complete, the new bypass will:

The project is estimated to cost £122 million and will be funded as follows:

The third-party developer’s costs will be forward-funded by the county council.